CrossFit Five By Five started out as Dean’s Gym with workouts in the park and wherever we could find room.  As it grew I carved out room in an old farm shed, laid down some mats, got some barbells and rings and worked hard in the ol’ barn.  Now in 2017, the gym became a CrossFit affiliate and we still learn, grow and stretch ourselves for daily improvement.

Dean grew up in Stayton playing sports and being active all his life.  He stumbled across CrossFit in 2008 in a magazine article that described the workout as leaving the client “ just NOT right the rest of the day!”  So he had to try it and he was hooked. He got his Level 1 Certification in 2011 and has been training people ever since and enjoys it most when they commit and see results for themselves.

TRAIN ALONGSIDE THE BEST 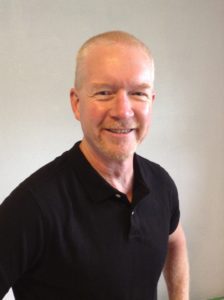 I grew up playing sports and tried to stay in shape as I grew older.  I ran and lifted weights but the pounds would creep back on and I would run more and eat less and fight it over the years.  When I found CrossFit, I found a better way to manage my health.  I have been through Level 1 certifications twice, in 2011 and 2016 and look forward to gaining more certifications to help my clients even more. 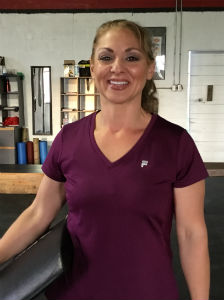 My CrossFit journey began in 2015. After my second child, I found it difficult to find a routine that provided the results I was looking for. I tried several at home programs but it wasn’t until I found CrossFit 5×5, that I really started seeing true results. Very quickly I was feeling stronger, more motivated then ever and setting and obtaining goals that I never thought possible. I loved it so much that I became a CrossFit Level 1 Trainer with the goal of helping others in my community. CrossFit provides a level of comradery that is specific and inclusive. I love working in an environment that I feel like a part of a group that is supportive of everyone’s objectives.

Not Sure Where to Start?

Picking the right program can be overwhelming. Let us help you!